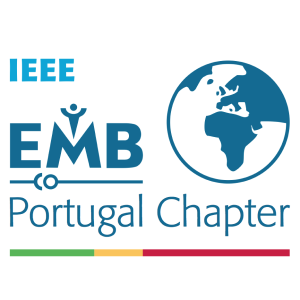 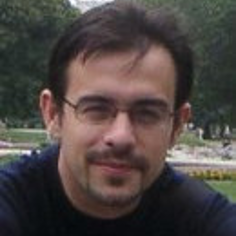 Biography:
Miguel Coimbra is Assistant Professor of the Department of Computer Science at the Faculty of Sciences of the University of Porto since 2007. He has been a member of the Executive Board of the Faculty of Sciences of the University of Porto since 2019, current coordinator of the TEC4Health Line of INESC TEC and current President of the IEEE Engineering in Medicine and Biology Portugal Chapter. He was one of the founders of IT Porto in 2007 and its coordinator during 2015-19. He was Director of the Master’s Degree in Medical Informatics at the University of Porto from 2014-16 and co-founded in 2013 IS4H-Interactive Systems for Healthcare, a spin-off company of the University of Porto. Nearly 15 years of experience in biomedical signal processing and interactive health systems have led to over 130 scientific publications (Google Scholar index of 24), 21 of which in high impact journals (15 IEEE Transactions), and managed over € 1 million in research funding, divided over a total of 13 projects. 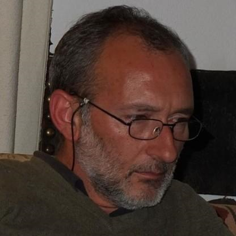 Biography:
João Sanches is Associate Professor in the Bioengineering Department (DBE) at the IST and he’s from the coordination board of the biomedical engineering master and doctoral programs. His research scientific topics are Imaging, Biosignals and Biomedical Instrumentation. João is researcher and member of the board of directors of the Institute for Systems and Robotics (ISR) where he develops his research activity in the Laboratório de Sistemas Evolutivos e Engenharia Biomédica (LASEEB). He is the coordinator of the “Engineering for and from the life sciences” thematic area of the Laboratory for Robotics and Engineering Systems (LARSyS), to which the ISR belongs, aiming to coordinate and strategically guide LARSyS Health activities. It has about 150 international publications and a h index of 24 in Google Scholar. He is a senior fellow at the IEEE Engineering Society in Medicine and Biology Society (EMBS). 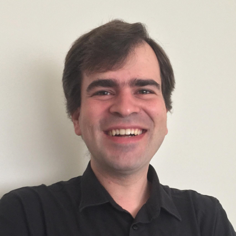 Biography:
PhD in Electrical and Computers Engineering from the Instituto Superior Técnico (IST) – University of Lisbon, Hugo is a researcher at the IT – Instituto de Telecomunicações since 2004 and and professor at the Department of Bioengineering (DBE) of Instituto Superior Técnico. He is co-founder of PLUX – Wireless Biosignals , established in 2007 as an innovative technology-based company operating in the field of medical devices for healthcare and quality of life, where he is currently head of innovation. More recently, Hugo has been actively working towards making the world a bit more physiological, through BITalino, an open source software and low-cost hardware toolkit, that allows anyone from students to professional app developers, to create cool projects and applications with physiological sensors. His main interests include biosignal research, system engineering, signal processing, and pattern recognition. He has published more than 100 scientific articles in books, magazines, and international refereed conferences, reaching a 22-h index in Google Scholar, totaling more than 1,400 citations. Participated and actively contributed to over 30 national and international projects funded by programs such as Horizon 2020 (H2020), 7th Framework Program (FP7), Portugal 2020 (P2020), National Strategic Reference Framework (QREN), Science Foundation and Technology (FCT), and several other public and private institutions. His main areas of interest include biomedical signal acquisition and processing, systems engineering and machine learning. 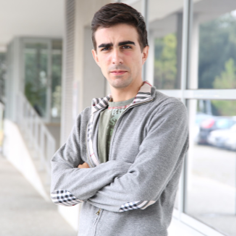 Biography:
Carlos Ferreira is passionate about health, technology and entrepreneurship since child age. In this way, he started the Bioengineering degree at Faculty of Engineering of the University of Porto in 2012, ending the same in 2017. During his degree, he had inroads by research groups of INESC-TEC and I3S. He also founded a student branch chapter of the EMBS in UP in the year 2015, being chair of the same for two years, and vice chair of NEB FEUP / ICBAS during 2016/2017. In 2017, he worked at U. Porto Inovação as a technology analyst before joining INESC TEC as a researcher in the field of medical image analysis for the classification of pulmonary nodules in computed tomography. In 2019, he received funding from the FCT for his PhD and became Business Development Manager on TEC4Health at INESC TEC.